London is a must-do city for many, and that extends to families. There are so many things to do in London with the kids that you can come back time after time and still have more to see. So, book your London serviced apartment for the weekend and take your pick from the choice of sights, attractions and experiences below.

1. Take in a London view 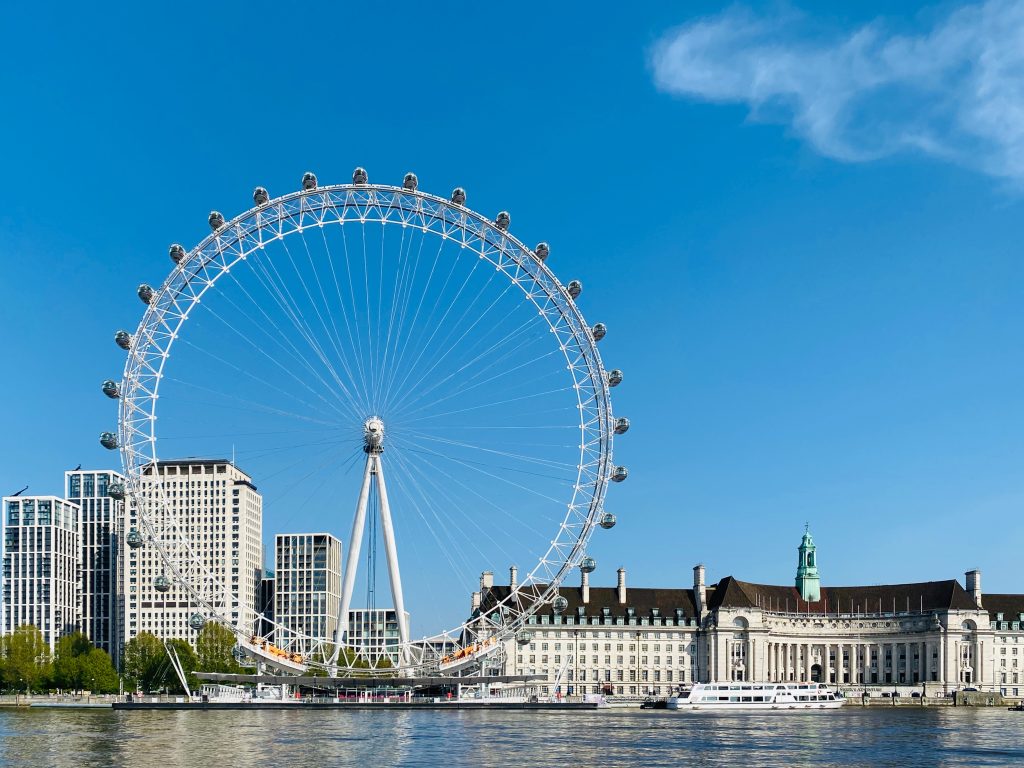 One of the best things to do in London with kids is to make sure you head up high and get a great view of the city. Kids love looking down on the seemingly miniature world below. There are a few ways to do this in London. Perhaps go for a ‘flight’ on the London Eye, head up high with the View from the Shard, or for older kids particularly, go to the Sky Garden.

There are a number of different animal encounters that kids can enjoy in London. Central London things to do with kids that involve creatures include the SEALIFE London Aquarium, spotting the deer in Richmond Park, as well as the fantastic ZSL London Zoo in Regent’s Park.

We’re in the midst of a new generation of Potter fans and there’s so much in London for a Harry Potter fan to do and see. The star of the show, always, is the Warner Bros Studio Tour, a little out of central London, where you can see genuine sets, stand in front of Number 4 Privet Drive and hop aboard the Knight Bus.

Theatre lovers should plan in advance and bag themselves tickets to Harry Potter and the Cursed Child. Of course, there’s also a Harry Potter shop at Platform 9 ¾ at King’s Cross station. There are also various tours that take you to film locations in the capital.

It’s an absolute must to see a West End show and you can’t start too young! There are lots of different theatre shows and musicals that are perfect for kids. Favourites include The Lion King, Wicked, Matilda and Mary Poppins. Older kids and teens will love School of Rock and Back to the Future. Older kids and teens may also enjoy a theatre experience at Shakespeare’s Globe Theatre.

5. Ignite some interest at a museum 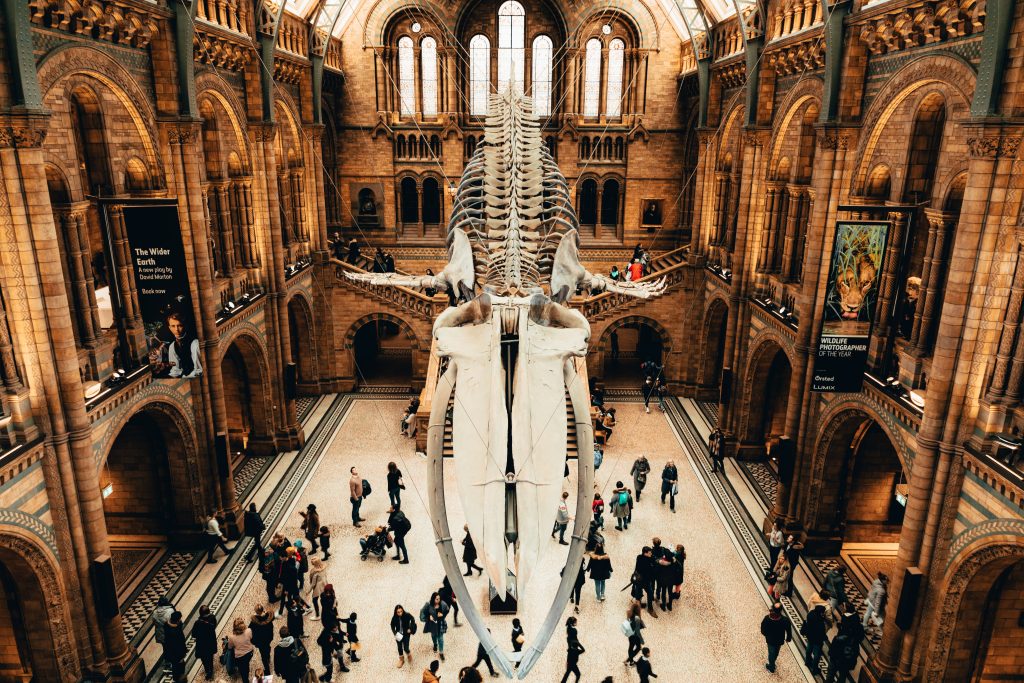 London is bursting with some world class museums, many of which are free to visit. Whatever appeals to your child, there will be a museum to keep them happy. Let them do bottoms-on experiments into friction by going down slides at The Science Museum, roar with a T-Rex in The Natural History Museum or get spooked by some Egyptian mummies at The British Museum.

Don’t just head to the main museums either, make sure you check out some of the lesser known ones for unique things to do in London with kids. The Museum of Childhood is a fascinating experience for big and little kids, spot a merman at the Horniman, ride the Mail Rail at the Postal Museum, and play at being soldiers at The National Army Museum.

6. Have fun on the transport

Kids love clambering up to the top deck of a big red bus and bagging the front seats. There are plenty of dedicated tourist tours, but you can have fun on a regular bus too. Then there’s always fun on the Tube. Kids always beam from ear to ear with a ride on the Emirates Air Line cable car over the Thames and enjoy cruises on the river with the Thames Clipper.

If London transport is the star of their trip to London, make sure you take them to the London Transport Museum!

Nautical fans and wannabe pirates and captains are spoilt for choice in London. You can step aboard the Cutty Sark and enjoy their frequent re-enactments. Older kids and teens can now even climb the rigging! There’s also Sir Francis Drake’s famous galleon, The Golden Hinde. Totally different, is the warship HMS Belfast. For something more exhilarating, you can speed down the Thames on a speedboat, James Bond style.

Still not enough about boats? Head to the National Maritime Museum.

London has a plethora of playgrounds, parks and green spaces making it a wonderful city for kids to play in. Our top play spots for kids include the fantastic playgrounds (especially the Timber Lodge and Tumbling Bay ones) at the Queen Elizabeth Olympic Park, Captain Hook’s pirate ship in the Diana, Princess of Wales Memorial Playground, and the fabulous experiences at Coram’s Fields.

If the British rain is working against you, then there’s plenty of indoor play to be had at KidZania – a miniature city where kids can try out jobs such as being a vet, firefighter or radio reporter.

9. Give them some pocket money

Grown-ups are drawn to London for the exceptional shopping, but London’s also a pretty cool place for kids to go shopping too. Favourite spots for spending pocket money include Hamley’s toy shop, M&M World, and the LEGO Store.

10. Let them step back in history There are so many things to do in London that centre on history. Far from droll and dull, many London attractions make history fascinating for kids. Take them to see the Crown Jewels and Beefeaters at The Tower of London, let them explore an enormous maze at Hampton Court Palace, or simply take them to watch the Changing of the Guard at Buckingham Palace. Older kids with stronger stomachs will have some scary fun at the London Dungeons. Those interested in Roman times will enjoy discovering the London Roman Amphitheatre.

A kid-friendly trip to London should include a trip to the Planetarium at the Royal Observatory in Greenwich. While you’re here, get great photos with the kids standing astride the Prime Meridian Line.

London is a fabulous place for eating out and the kids are catered for too. Top eateries with children in tow include the Rainforest Café, Giraffe, Inamo, Planet Hollywood and the Hard Rock Café. A real treat for families is to indulge in one of the many themed afternoon teas. Don’t forget to pack up a picnic one day and enjoy it in a London Park for a true London experience.

13. Get active and have fun

Take them for a romp in the beautiful gardens at Kew, let them have fun on a pedalo or rowing boat in Hyde Park, play in the Diana fountain, or swim in the world-famous Aquatics Centre. There are also various lidos across London.

Older thrill-seeker kids may be on the lookout for more extreme things to do. There’s no shortage of options, from riding the huge slide at the ArcelorMittal Orbit, to Up at The O2, or checking out the Lee Valley White Water Centre.

14. Check out something unusual 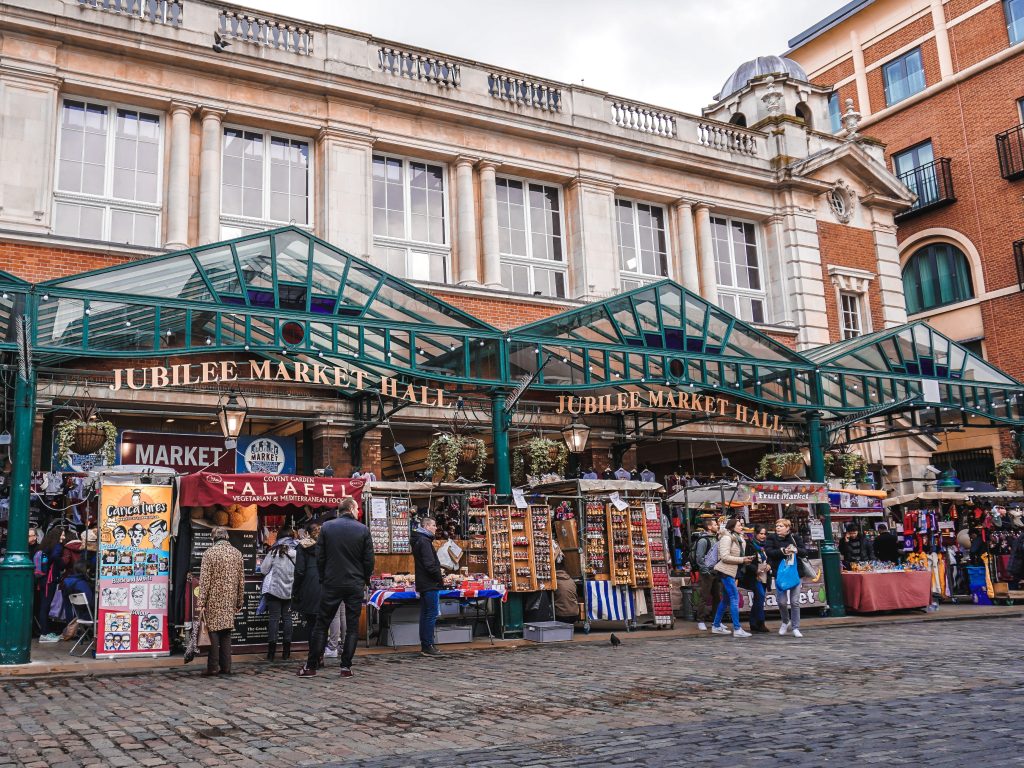 All of the above offers plenty of choice, but there are many more things to do in London with kids. Let older ones take selfies with celebrities at Madame Tussauds, inspire them with modern art at the Tate Modern, have some film-tastic fun at Shrek’s Adventure or the BFI IMAX. While away some time watching street performers on the South Bank, at Covent Garden or in Leicester Square. Let them marvel at Tower Bridge opening or let them go mudlarking at Gabriel’s Wharf.

Create your itinerary from this fantastic choice of things to do in London with the kids; just don’t forget to book your accommodation! Serviced apartments work fantastically for family-friendly London trips with more space and separate bedrooms for easier evenings.